Fire has been essential for cooking since before the dawn of civilisation. In many places across the world, traditional methods – cooking on an open fire or stove – have been replaced by gas or electricity, yet continued use of solid biomass fuels in traditional stoves across the developing world is seriously affecting the health of people who are already vulnerable.

Fumes from solid biomass fuel have been a major contributor to the over 1.5 million premature deaths from air pollution every year in India. Indoor air pollution disproportionately affects women and children, who are likely to spend more time in the home.

This is a result of solid biomass fuels such as wood, crop waste, or charcoal being inefficiently burned in open fires or rudimentary stoves. Inefficient combustion produces soot, particulate matter that presents a serious risk to respiratory health. This can be an even bigger problem in urban areas, where a high population density makes ventilation difficult.

While traditional use of biomass has been falling it is estimated that over 2.6 billion people globally still don’t have access to clean cooking. Almost 80% of people in sub-Saharan Africa rely on traditional biomass fuels to some extent, and in India that figure stands a little under 50%.

One approach to encourage a transition to cleaner cooking has been to subsidise more efficient biomass stoves, that produce less soot. Some NGOs have had limited success in distributing these improved stoves. But these stoves have not had widespread success. This is because benefits are only clear in the long run and they may not suit all cooking methods. They also don’t necessarily eliminate exposure to soot.

So increasingly, researchers and development agencies are suggesting that these more efficient stoves are not a sustainable solution to the problem and that promoting cleaner fuels for cooking – such as electricity or gas – is a better option. This does mean households need a change of stove, which can be an expensive upfront cost. 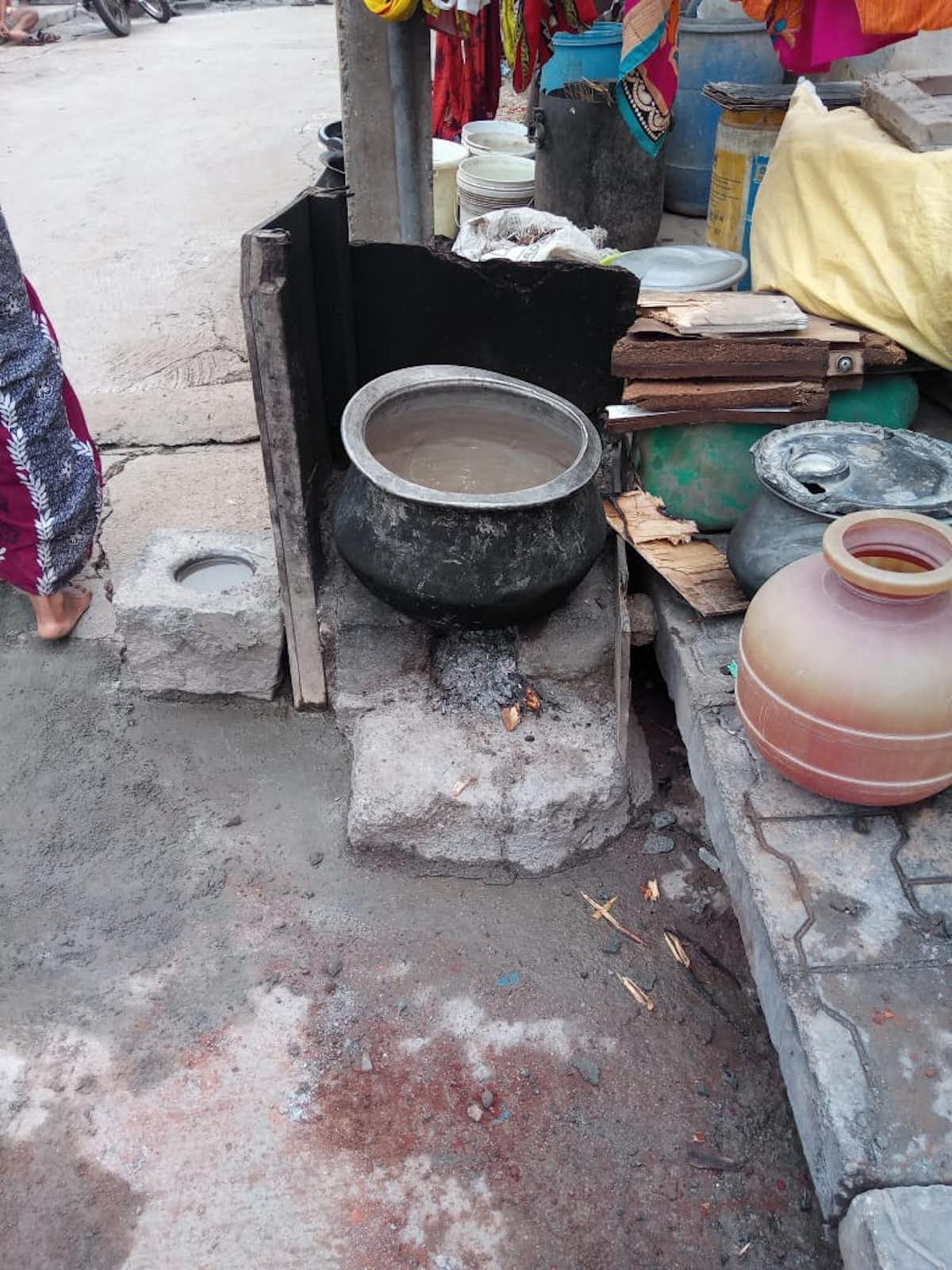 It is estimated that 2.6 billion people worldwide still do not have access to clean cooking. Rishika Rangarajan

This is an approach India has adopted, with recent government efforts encouraging households to switch to using liquefied petroleum gas by subsiding some of the initial equipment cost and refill canisters. This has driven a rise in adoption of gas stoves. But the programme has not benefited all low-income households equally, and not all of those involved sustained their use of a cleaner cooking fuel.

To find out about the inequalities faced by low-income urban households transitioning to gas cooking, we collected data on low-income households in the city of Bangalore in southern India. We surveyed 420 households and interviewed a further two dozen to learn more about their energy use and cooking habits.

We found that the urban poor can face significant challenges in accessing government subsidies for a new gas connection. Many are rural migrants who have come to the city in search of work, and often live in informal slums without tenure rights. Households without tenure rights are unable to open a bank account, without which they cannot receive the subsidy for refill canisters. Poor access to public utilities and weak sense of community pose added challenges. Caste can also play a role in depriving the urban poor, regardless of their income.

We also found that some measures aimed at promoting transition to cleaner fuels had unexpected side effects. Restrictions on the sale of kerosene, aimed at encouraging transition to gas and electricity, resulted in some households returning to using firewood for cooking. Others are paying higher rates for kerosene on the black market. Gas not only has high upfront costs, but it has to be bought in cylinders equivalent to a month’s fuel, paid for in one go rather than small amounts.

Worryingly, we also found that among households that had adopted a gas stove, a sizeable proportion were still using firewood as well – as many as one in three households in some neighbourhoods. Several of the women we spoke to expressed a preference for cooking with traditional methods and were not troubled about the use of less clean fuels. Some expressed minor safety concerns about gas.

Our research highlights the variety of different challenges people can face in accessing cleaner cooking fuels, meaning that simply subsidising upfront costs of adopting gas stoves is not going to work for all.

We identified four types of household, each facing a different mix of barriers to sustained clean cooking. Some couldn’t access subsidies as a result of their informal living situation, while others struggled to save for the lump sum payment due to the precarious nature of their income. Then there were the low-income households that adopt gas for cooking but continued to use traditional methods in parallel, as well as those that were not aware of support they would be eligible for.

Action is needed as part of a wider effort to improve living standards. Our research shows that this needs to be targeted to the needs and challenges of different types of households, at a local level. A one-size-fits-all approach is not enough.

This article is republished from The Conversation under a Creative Commons license. Read the original article.

Read 161 times Last modified on Jul 23 2022
Tweet
Tagged under
More in this category: « A shrinking fraction of the world’s major crops goes to feed the hungry, with more used for nonfood purposes